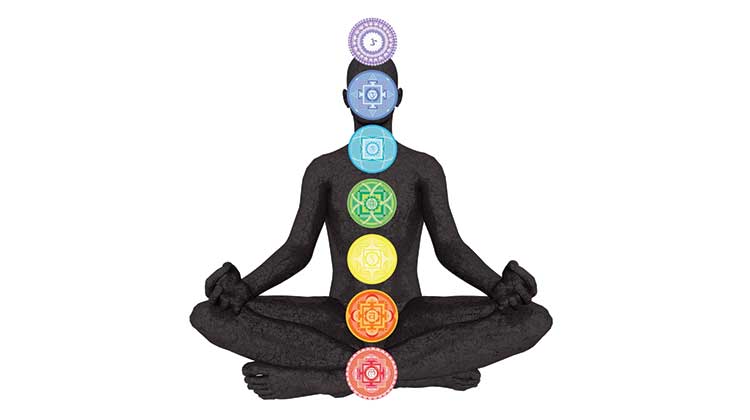 According to the philosophy of Ayurveda, there are 7 main Chakras in our body, of which the 3rd (Manipur Chakra/solar plexus) is the most important one, which should be located at the belly button.

This is the source of the fire element and physical energy. We can understand the significance of this chakra from the fact it supplies/provides all the nutrients to the fetus in the womb through the umbilical cord connected between the fetus’ belly button (Manipur chakra/solar plexus) and the mother.

According to the philosophy of Ayurveda, the solar plexus is the epicenter of 72,000 naadis (energy channels). This is the most sensitive chakra we have. Due to its sensitivity, this is the only chakra that has a tendency to become dislodged. It can move upwards, downwards, or sideways. When it is out of alignment, it can have a weakening effect on the other chakras, especially the lower 2 chakras.

This can cause a number of health issues, e.g. constipation, loose motions, PMS (scanty menstrual flow, profuse or excessive menstrual flow), fertility-related problems (even sterility), which cannot be completely resolved by other methods. The simplest solution is to realign this chakra and bring it to its original place, the belly button.

Considering the significant effect of this chakra on our health, it is a prerequisite for good health in the Ayurvedic healing system, to ensure this chakra is properly situated and functioning well.

The fire element may not be able to function well if this chakra is dislodged, and when the fire element is not functioning optimally, one’s digestion may be affected negatively, resulting in poor digestion of food and inability to absorb nutrients from the food we consume.  As a result of this, even following the right diet will have a limited effect on rectifying the imbalances within one’s system.

The other chakras also play an important role in ensuring our overall well being :

So, keeping all the chakras strong and balanced will go a long way in ensuring radiant health on all levels.

To consult yourself at Ayuryoga with our experienced Ayurveda Doctor, Mr. Vinod Sharma Hong Kong, kindly click on the “Book Appointment” button.