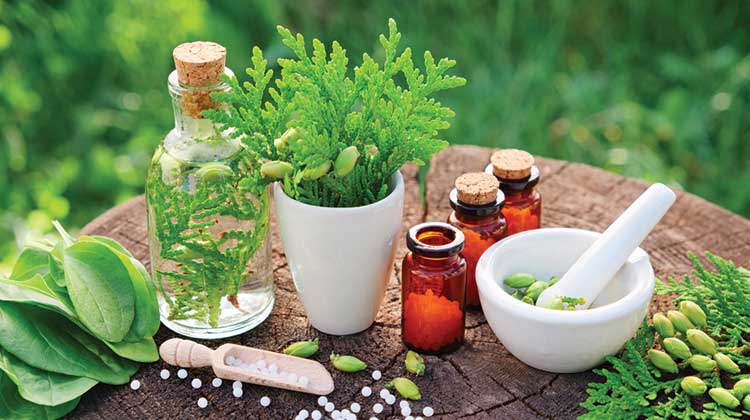 Homeopathy is a system of alternative medicine invented/created by a German scientist named Samuel Hahnemann in 1796 based on his principle of “like cures like”, whereby a substance that causes the symptoms of a disease in healthy people, when that same substance is given in a different form, it will cure similar symptoms in sick people.

It is believed that all the sciences have their roots in the Vedas, the ancient Indian compilation of knowledge on everything that exists. Homeopathy also originates from one part of the Vedas, called Srimad Bhagavatam.

Srimad Bhagavatam describes, “O good soul does not a thing, applied therapeutically, cure a disease which was caused by that very same thing?”

The example given is as follows: Milk preparations sometimes cause disorder of the bowels, but that very same milk, converted into curd and mixed with some other remedial ingredients, cures such disorders.

In Homeopathy, the remedies are prepared from plants, herbs, minerals, metals, etc. Generally, the substance for making any remedy is diluted with alcohol and/or distilled water and then vigorously shaken by hard strikes against an elastic body, in a process called “succussion” in homeopathy.

Succussion activates the “vital energy” of the diluted substance and when that energised substance is consumed in a specific potency, orally and/or applied locally on an affected area, it helps to heal and correct the disorder within an individual’s system – as a result, the existing symptoms of disease begin to subside and future recurrence can be prevented.

Generally, in Homeopathy the remedies are prescribed by our specialist Mr. Vinod Sharma Hong Kong based on the symptoms of an individual, his/her thought process, behaviour, and the history of the symptoms/illness/incidents which took place in that person’s past (additionally, some information is collected from that individual regarding his family medical history as well).

At AyurYoga, we suggest Homeopathic remedies based on Ayurvedic Pulse reading. The advantage of doing this is: